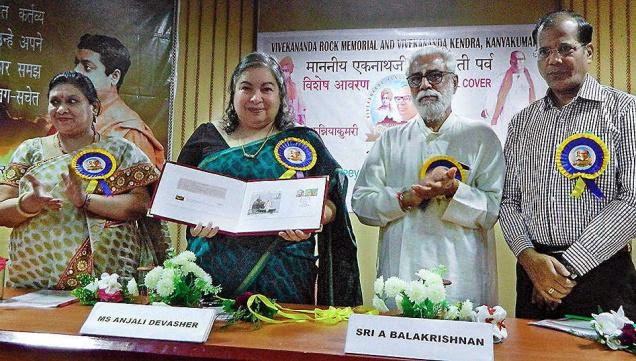 Prior to the release of special postal cover and stamp, a short film on Eknath Ranade was screened at the auditorium.
P. Krishnaswami, Administrative Officer, welcomed the gathering and M. Hanumantarao, treasurer, proposed a vote of thanks.
Posted by Unknown at 11:46 am