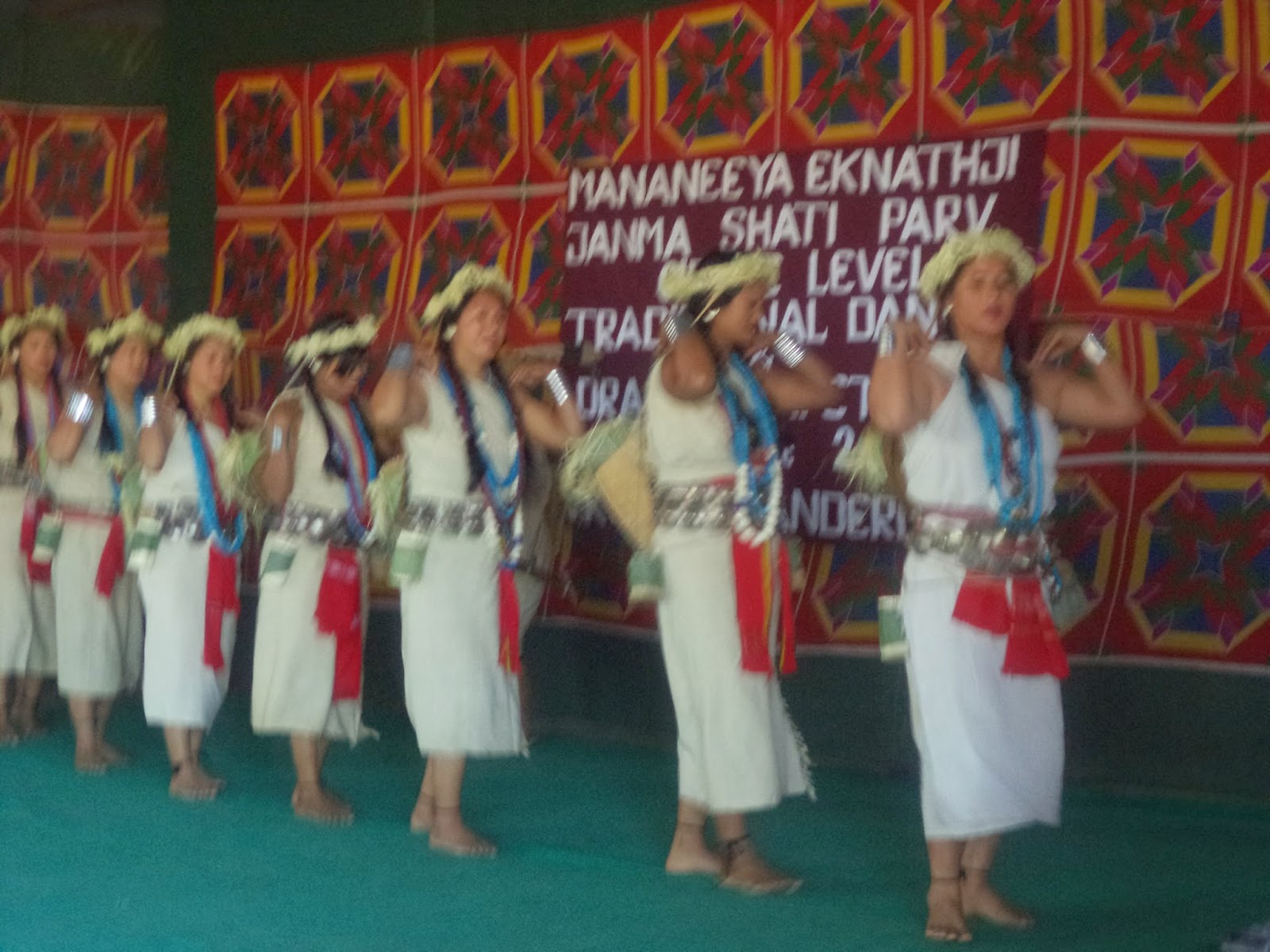 In connection with the yearlong celebration of 100th year Birth anniversary of Sri Eknathji Ranadeji, a Traditional Dance Competition and Drama Competition conducted in  circle level by Vivekananda Kendra Banderdewa on 29th December 2014 at PTC Banderdewa in which nearly 550 people were present to witness the programme. Sri T. M. Sathian, Principal VKV PTC Banderdewa welcomed the august guest and other dignitaries. Sri S. Sumnyan, Superintendent Engineer Trans- highway graced the occasion as chief guest. While addressing the audience, he highlighted the significance of Arunachal Dance and unique costumes. “Arunachal dance and Unique costumes is our identity” he said. This rich tradition must be preserved for our existence as well as for next generation, he continued. 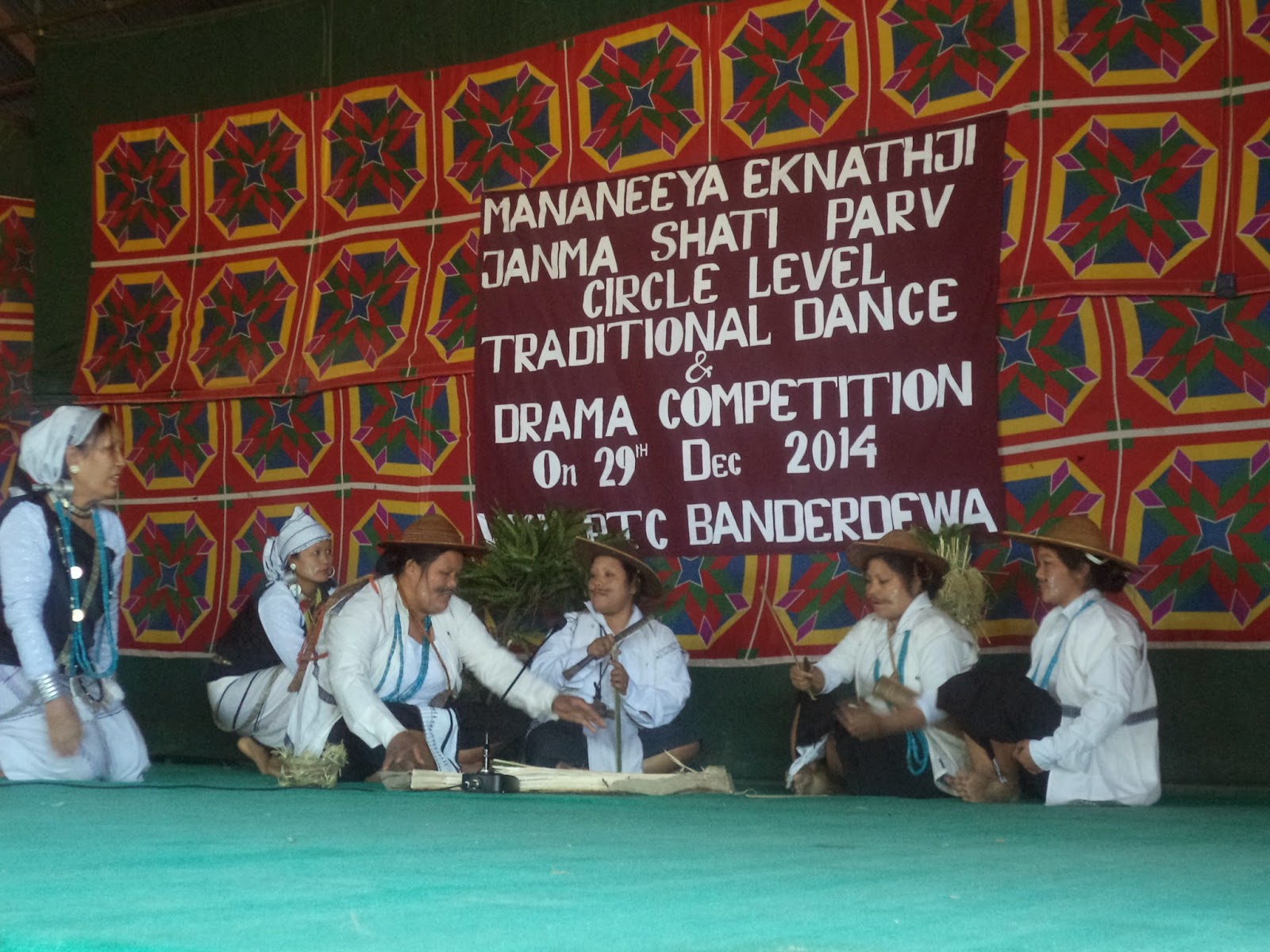 He expressed his deep appreciation to the state organizers and VKV’s in particular by organizing such type of programmes. Sri SNS Yadav, Sr. Hindi Teacher- VKV PTC Banderdewa highlighted the contribution of Sri Eknath Ranadeji to uplift the people of North East as a whole and Arunachal Pradesh in particular. “He was the instrumental to establish several VKV’s in the remote part of Arunachal Pradesh to impart the qualitative education”, he said.
There were 05 (Five) teams to take part in the competition coming from in and around Banderdewa. A variety of traditional dance were performed by the teams in a well attended hall. The “Galo Neli Komji” group (PTC) has been adjusted as the winner team and qualified to attend the District level competition.
Sri. Kamal Tiwari, PTC, Saha-Pramukh, Eknathji Janma Shati Parv extended the vote of thanks